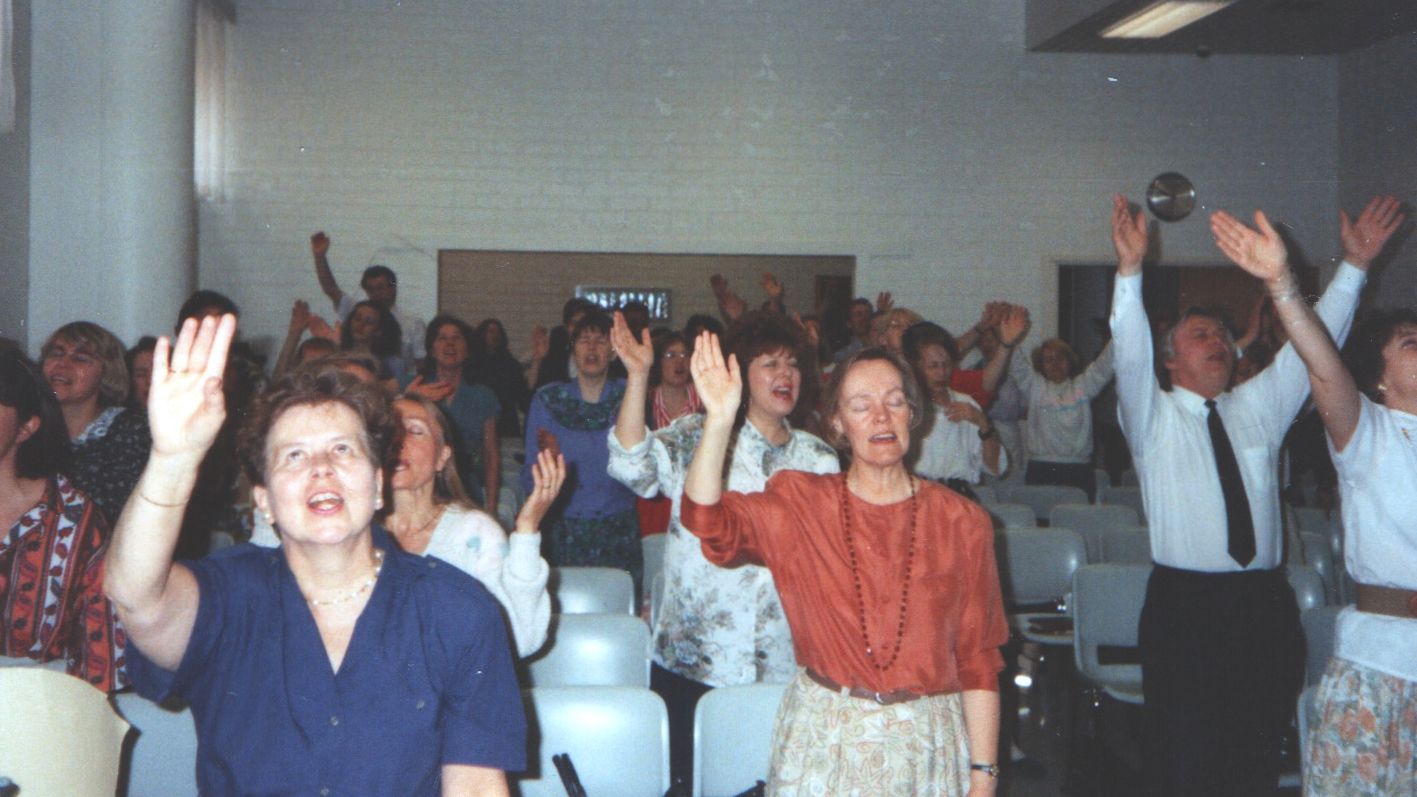 Our greatest passion is the salvation of souls and see people baptized in the Holy Spirit and walking in victory. We want them to receive healing spiritually, mentally, emotionally, physically, financially, and socially. Our desire is to see people enjoy WHOLENESS. We have a great compassion for the emotionally wounded and we provide seminars and teaching material that we believe will bring emotional healing. Our vision is to minister healing in spirit, soul and body to those who avail themselves of that anointing. One part of the vision is to have a place where people come to a place of peace and are taught and prayed for.

Rachel is an author, musician, and teacher/preacher.

She was born again at the age of 8 years old. She played piano for the church at age 9 and received the baptism of the Holy Spirit at the age of 10 and was also called by God to ministry at that time. By age 12 she had become the lead pianist at her church.

She was the youngest student ever allowed to attend the Holmes Bible College in Greenville, S.C; at age 15. She has spent her life in the ministry of the Lord Jesus Christ. When she graduated from high school at the age of 17 she was thrust immediately into full time ministry. During which, she also served as the lead musician for an evangelistic team traveling throughout 16 states within the eastern United States

After that assignment, she went to Cuba along with her friend, Jeane Anchors Batty, as musical evangelists. Doors were open to preach in the cities and villages as well as churches. They also ministered by daily programs on radio. This continued until 1960 when Americans were asked to leave the country of Cuba. 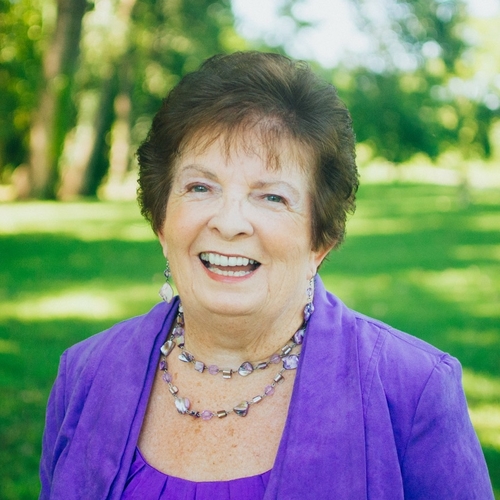 In 1982 she was invited to Finland where she taught the people the power of praise and worship.  She was honored to connect with marvelous musicians and help them to rise higher in their gifts.  They relished learning anointed music for the revival in their nation.  God birthed during that time a church which she was privileged to be a part of this marvelous opening.

In 1983 she was invited to Denmark to teach the power of praise and worship.  It was a miraculous journey. Many were healed physically during the time spent there.  God works through vessels who are willing to go and be who He can flow through is her heart.

In 1984 God called them to the nation of Norway. She taught the people the power of praise. This prepared the way for revival in that nation through that message. She was blessed with the opportunity to train musicians how to flow in their gifts. This training enabled them to bring the people into a more intimate relationship with the Lord through their music. These activities while in Scandinavian countries were a productive time in her life. The doors were opened to publish her first book and is now translated in to many languages, including, Finnish, Swedish, Norwegian and English. Other nations have translated it as well.  Capture a City Through Praise is still available today in English by internet, www.amazon. com as well as this site www.rjim.org. The revised version is now available which includes several new chapters plus 38 photos of the marvelous things God has done in the nations. The revised version has been published in Norwegian and is available through www.mediaforlag.com, the Publisher in Norway.

They spent many years traveling to and from Scandinavia from 1984-1997.and even lived there for two years. God opened the doors to mentor many new ministries as well as assisting TV ministries.   They were regular guests on TV.

In 1994 the Lord led her back to school for a season to complete her Bible School training which she had started at age 15. During those two years at RHEMA Bible Training Center she wrote Dear Joseph which is a personal letter to Joseph. She also wrote The History of the Pentecostal Holiness Movement, during that time. Revival and the history of it is a strong thrust of her ministry. Her recent assignment from God is to teach the body of Christ to pray effectively for revival within the United States.   The fresh word to give hope to the nations is awakening prayers.  Without awakening to God this country nor any other will have lasting change.

In 1998 her husband passed away, but she continued on with the ministry.  She served at A Glorious Church in Collinsville, OK as praise and worship leader. After serving time there for three years the Lord led her back to CA where she served as Director of a Healing Ministry.  Her job included training and equipping teams to minister to those needing healing.

During 2008, Rachel Jeffries International Ministries refocused on Praise, Prayer and Healing Conferences. The materials used in these conferences are suited for small groups and/or large three day meetings. Some of the Six Top topics covered in these meeting are:

Keys to Successful Prayer, Grief and Loss Recovery, Divorce Repair, Dealing with Suicide, Victory Over Abuse, Personality Profile, (Learning and accepting who God made you to be), Praise and Worship Team Training, Gifts of the Holy Spirit in the Present-Day church and a book series by Dr Rachel V Jeffries Church, called The Road to Wholeness.

In 2013 a team went to Mexico where she was joined by a friend from California.  As a mission to the Pastors they were given “The Authority of the Believer” in Spanish written by Kenneth E. Hagin.

A trip to Mexico in 2015 was a wonderful adventure.  The Lord used this ministry and the team from California to mentor pastors.  It was during this conference an orphanage nearby the meeting place caught on fire.  God used them to help the people to rise up and rebuild. Pastors lives were refreshed and today they are flourishing.  A friend, a new widow joined Rachel and the team and new things were birthed in their ministries.  Two new books were birthed from those meetings.  One has a humorous title: THE WIDOWS ARE IN TOWN.

An invitation came in 2016 to speak for the commencement for The Light of the World Church and Bible School in Francistown, Botswana, Africa.  It was a glorious experience of ministering to the graduates as well as the pastors of four other churches.  Those churches were outreach ministries of The Light of the World Church.  What a joy to put a footprint for the gospel in Africa.

In 2016 she was privileged to minister in Norway as well.  God opened doors where the ministered in many churches. The doors opened in the north and the south of Norway.  God blessed her by showing her the harvest from seeds sown into that nation in years past.  What an honor it was to see the foundation for revival laid strongly in the churches there.

God blessed Rachel with an honorary degree, Doctor of Divinity, from Promise Christian University in 2017.  A ministry colleague nominated her and after a year of working on this degree, the University board reviewed her credentials of her life’s work and they felt she was to be the recepicants of this degree.  It was her writings, recordings, composing of music and her work in the nations which led to this degree.  It was through her writing of music, recording, TV ministry work and her life’s work the board felt she was to be one of the recepicants of this degree.

It was a very anointed ceremony.  God used man to give this degree, but she feels it came from God.  When she asked the Lord about this award and if she should accept it, His answer to her was, “This is from Me, I have a hidden purpose, accept it.” It was a marvelous day of celebration with family and life-long friends. 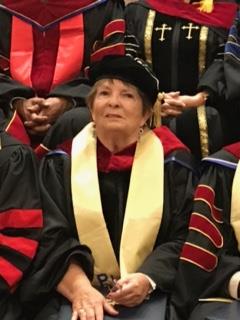 Each year the Lord unites her heart with the pastors of California. She and her family spent many years in that state. Out of those times many pastors were birthed in their ministry and today she goes and ministers where they call her their “Mentor, Pastor and Mom in Ministry.”

2018 is a glorious year. A recent trip to Norway was very fruitful for the Kingdom of God. God opened the doors in the south, north, east and west of Norway. Speaking in various churches, TV, and Bible Schools was such an honor. God renewed the vision He had given her for this nation. He spoke to her years ago about the plow, praise, (Judah) in the south would change the spiritual atmosphere in the north. This was based on Hosea 10:11 Judah (Praise) shall plow.

One of the books published recently titled: PITIFUL OR POWERFUL THE CHOICE IS YOURS, is translated in URDU which is the language of Pakistan and will be distributed in Pakistan. If God is leading you to be part of this missionary project, you may plant financial seed on www.rjim.org